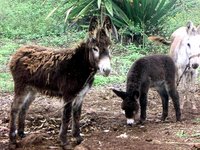 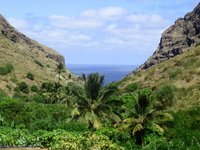 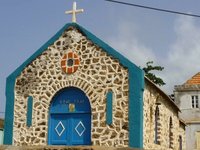 You should be free of giddiness: Bird`s eye view of São Nicolau – amazing pictures await you in this video

The volcanic origins can clearly be seen on the rugged surfaces and the many narrow valleys that run through the interior of the island. The hospitable population makes its living mostly from agriculture and tuna processing. Purity and originality characterize this small island and its beaches are supposed to have healing powers.

It is said that Cape Verdean culture originated in São Nicolau. During the 19th/20th century the seminary Seminário de São José in the capital Vila da Ribeira Brava was key to this cultural development. In 1780 Ribeira Brava was declared a seat of the Bishop.
Today, pastel-coloured houses, beautiful squares and gardens, narrow streets and winding paths provide a pleasant atmosphere.

“Criado por Deus, descoberto pelos homens” (created by god, discovered by human beings) – this is how the local people from São Nicolau describe this unique coastal part of Carberinho with its fascinating sandstone formations in the western part of the island; one of the seven wonders of Cape Verde.

Although the east and south of the island are rather dry there are still many opportunities for hiking, e.g. through bizarre mountain landscapes around Cachaço and Cabecalhinha.

The ride from Cidade da Ribeira Brava to the coastal town of Tarrafal (en: "tamarind grove") is considered as one of the most beautiful routes on São Nicolau. In Tarrafal you will find not only the harbour, but also some beautiful beaches.

One local celebrity is the musician Armando Zeferino Soares. Originally from Praia Branca it is he who wrote the lyrics for Cesária Évora's most famous song "Sodade”.